Home Starring of the Day KathNiel,JaDine,LizQuen vs. AlDub This Saturday

KathNiel,JaDine,LizQuen vs. AlDub This Saturday 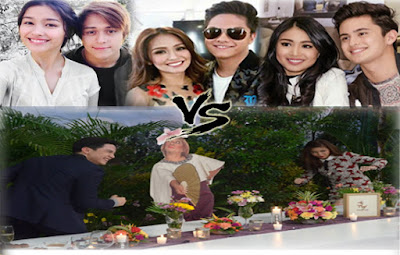 It's Showtime' will kick off its sixth anniversary with a star-studded concert this Saturday,September 26,at the Araneta Colisuem.

Meanwhile,Eat Bulaga will also give an exciting Saturday as they declared  that September 26 would be the 'National Pabebe Wave Day'.And rumor has it that Yaya Dub is finally letting her voice be heard in the hit segment 'Kalyeserye' to compete against its rival noontime program's star-studded event.