Home Starring of the Day VIDEO: 'Pabebe Girls' Are Back To Threaten People Who Oppress Them

VIDEO: 'Pabebe Girls' Are Back To Threaten People Who Oppress Them

By CA 8/22/2015
The 'Pabebe Girls' are back and this time,they threatened those people who oppressed them. 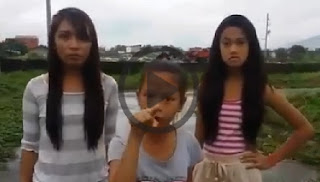 In less than a minute video,one of the self-proclaimed 'pabebes' known as 'Pabebeng Walang Kilay' told their oppressors that she'll become the next president of the Philippines and warned them that they will be put to death.

As of writing,the video garnered 200k views with mixed reactions from the netizens.