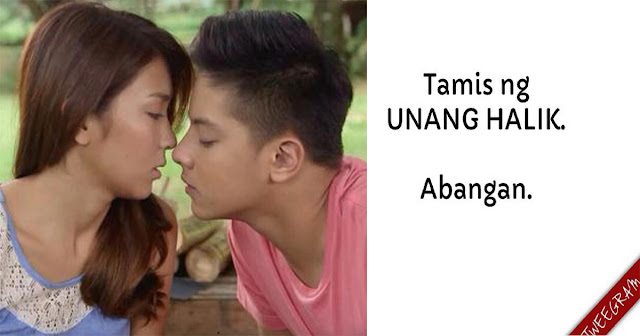 Captioning it with a hashtag '#Abangan',the photo showed a message 'Tamis ng unang halik' without any names indicated as to whether it was for Kathryn and Daniel or not.

Fans have assumed that he was referring to their idols,who haven't shared their on-screen kiss yet.


And it's even more exciting when he posted via his twitter ''Basta. Tamis ng UNANG HALIK' in response to some KathNiel fans who were demanding for an answer to their question

What do you think? Is it really for Kathryn and Daniel who are now taking on their most grown-up roles?