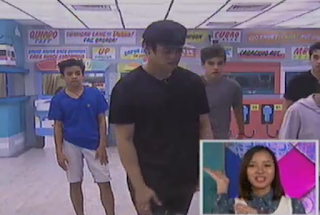 The King of the Gil Enrique is set to appear on the hit reality television show 'Pinoy Big Brother: 737' as a celebrity house guest.

The less than a minute teaser,aired at the end of Monday episode,shows housemates shrieking and greatly surprised when Enrique went inside the famous yellow house .

Aside from him,G-Force's Georcelle Dapat-Sy recently went inside also to coach the remaining teen housemates in preparation of Big Brother's task that showcased their respective talents.