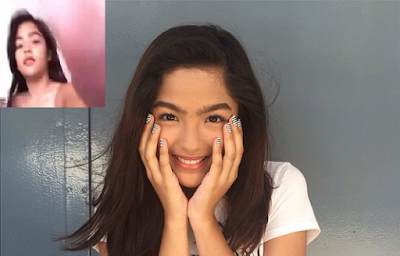 The 12-year-old actress became a hot topic and was made as the subject of debate after her alleged one-minute video scandal went viral online.

The said video was first uploaded by someone on a facebook page.

However, many believed including her fans that the unproven video was just edited, considering the fact that she is too young to do such act, and was used to ruin her image.

According to some netizens also, Andrea's phone was stolen which caused of leaking her private video online, but it is not yet proven.

The actress, who's currently portraying the role of Lia Beunavista in 'Pangako Sa'yo', has yet to make a statement regarding this issue.