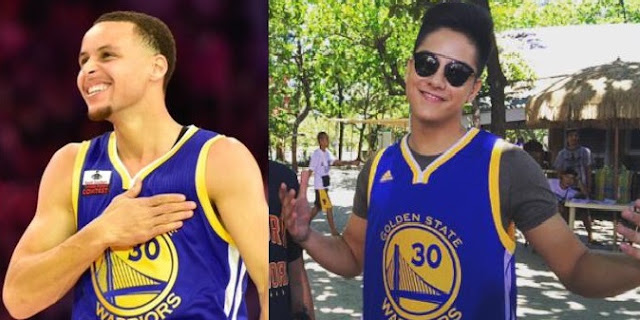 Daniel Padilla just had a 'fanboy' moment when Steph Curry followed him on twitter.

Teen King,who is a huge fan of the NBA MVP and Golden State Warrior guard,couldn't hide his feelings as he wrote: "OMG",noticing that his idol's twitter account has appeared on the list of his 'followers'


Perhaps this is the reason why Steph Curry followed him on twitter.