Megan Young is the new Marimar 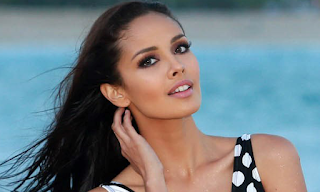 CONFIRMED: Miss World 2013 Megan Young will take on the iconic role of 'Marimar' in the second local TV adaptation of the hit Mexican telenovela which was previously played by Marian Rivera .

It was in 2007 when GMA did a successful remake of the said telenovela which launched brighter careers to celebrity couple Marian Rivera and Dindong Dantes.

Will the new version surpass the huge success of the first local adaptation?