Home Starring of the Day VIDEO: Atom Araullo says 'I Love You' to Vice Ganda

VIDEO: Atom Araullo says 'I Love You' to Vice Ganda 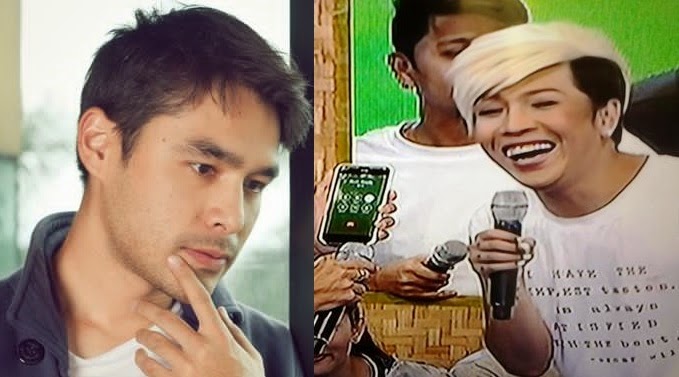 Comedian Vice Ganda shrieked when he received 'I Love you too' response from
ABS-CBN News reporter Atom Araullo on phone during the segment 'Sine Mo 'to' on It's Showtime.

Vice Ganda,who admitted last year that he has a crush on Araullo,made the 'madlang people' erupted in loud cheer also when he announced that they are now officially lovers.

Meanwhile ,'AtomViceForever' ranked among the worldwide trending topics on Twitter.