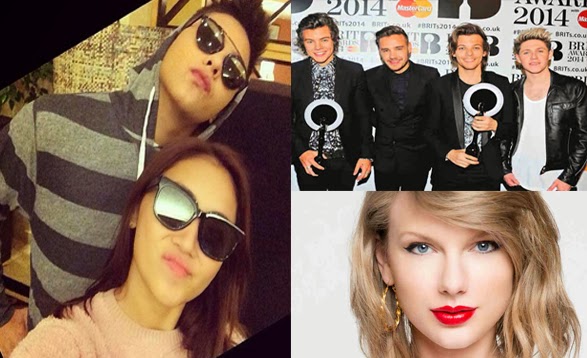 A KathNiel fan incurred the wraths of One Direction and Taylor Swift's fans after posting a message for fellow KathNiel Fans that insulted 1D and Taylor's fandoms.

It all started when a fan (kathxdj) tweeted something about the international stars,who made some comparison of KathNiel from the latter's appearances. 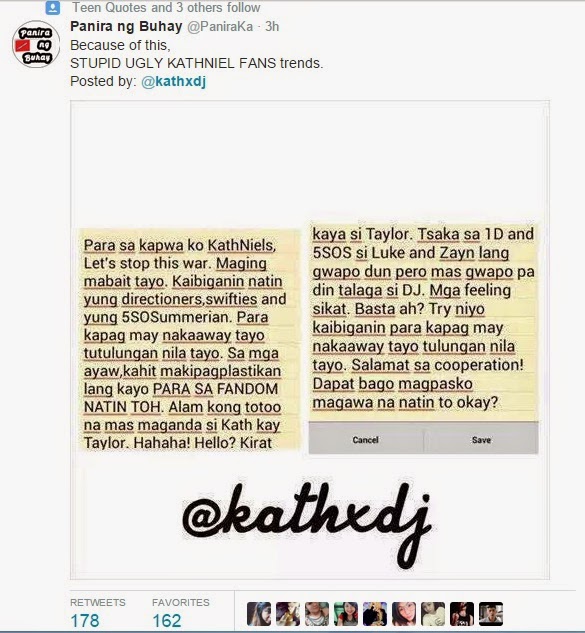 'STUP*D UGLY KATHNIEL FANS" became a trending topic on twitter 'worldwide' after warring noisily to defend their respective fandoms from the said issue.