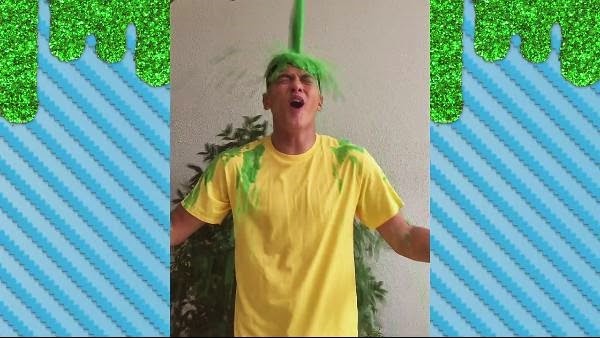 ABS-CBN's Teen King Daniel Padilla has been named as the Nickelodeon's first ever Global Slime Star.

As part of Nickelodeon's tradition,Daniel Padilla,who was the first and only Filipino young star who received the said award, gets slimed after he got the highest
number of tweet-votes (#SlimeDanielKCA) among all the nominees.

Aaaaaaaaand the results are in - CONGRATULATIONS to Daniel Padilla for being crowned our first ever global Slime Star!...
Posted by Nickelodeon on Saturday, 28 March 2015